All You Need to Know About Neodymium: Facts, Source, and Uses 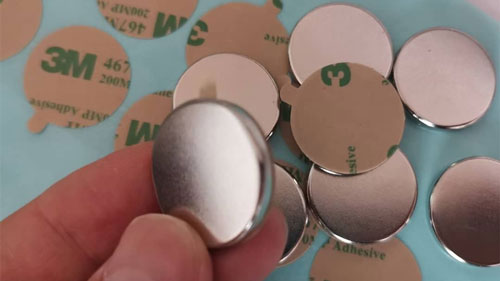 Neodymium is a chemical element that is mostly used to create rare earth magnets, which are permanent magnets known to be super strong. Moreover, various facts are fun to know about, ranging from its discovery to its modern use today. Therefore, this article would walk you through things that you might not know about this chemical substance.

The periodic table is composed of various elements that humans utilize with their everyday lives, which helps us make various advancements and changes. Furthermore, it is also important to know that we are made from some of these substances. Nevertheless, here are some facts about Neodymium that you must know:

It was discovered by Carl Gustaf Mosander, an Austrian scientist, in 1841; however, he made it known as didymium and gave it the symbol Di in the first periodic table in 1869. Lecoq de Boisbaudran, a French chemist, detected samarium from the didymium and separated both in 1879. Consequently, it has been known that the substance differs based on where the mineral has come from. Bohuslav Braune identified didymium as a variable in his published paper in 1882 because it is a mixture of two elements. So, Carl Auer von Welsbach, an Austrian scientist, identified the two elements as Neodymium and praseodymium through his identification of didymium’s element mixture in 1885. Further occurrences happened in 1925, wherein Kremers isolated a pure neodymium metal.

It is known to be one of the more reactive lanthanides and quickly oxidizes on air to create an oxide. So, when it is stored, it must be kept inside a tightly sealed container or soaked in oil to avoid the rusting of metal. It is a lanthanide; therefore, it is a hard material and can conduct electricity. However, when compared with copper or aluminium, it is not recommendable to be used as a conductor. Moreover, it is a great material used for magnets because it has a strong magnetic force. Therefore, Neodymium may not be that good conductor of electricity, but its function as a strong magnet is what it truly offers.

Neodymium can be mostly found in minerals like monazite and bastnasite, mainly located in Brazil, China, the USA, India, Sri Lanka, and Australia. Moreover, there are various ways to extract it, wherein ion exchange and solvent extraction techniques are the primary ones. It is also noted that the reserve for this element estimates about 8 million tons, and its production globally is about 7,000 tons per year.

As a material known to create the strongest magnet, it is used in various things, a very diverse substance. When mixed with iron and carbon, it creates a powerful magnet, which is used for computers, cell phones, wind turbines, medical equipment, motors, and more other things. It is also used for lasers utilized for hair removal, weld steel, and other stuff. Moreover, it is also known to create specialized goggles, lighters, and colours for glasses and enamels. Therefore, Neodymium has a lot of practical uses in the life of humans.

To sum it up, elements that exist today, like Neodymium, are fun to know, especially when learning about its practical uses like rare earth magnets and how it was discovered. Consequently, it is also significant for us humans to know because it is something that we have no idea that is widely used in various things.

What are the Safety Precautions for Working with Metals and Machinery

8 Most Common Metals Used In The Manufacturing Industry

Types of Hoses that Used in Our Home and Industry

Types Of Products Made From Recycled Tires