A Closer Look at the History of Bitcoin SV 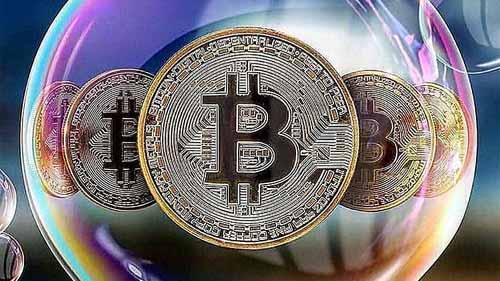 Currency has become a cornerstone of daily living for millennia, changing and adapting to the technological advancements and evolving needs of people. Nowadays, the latest developments have led people to begin exploring the frontiers of digital currencies over fiat currency. One of the most remarkable examples of this is the creation of cryptocurrencies.

A cryptocurrency is a form of digital currency secured through the use of cryptography. With this type of encryption, cryptocurrencies offer more secure transactions since they are nearly impossible to counterfeit or tamper with transaction records. One popular method of encryption is through blockchain technology, first used by Bitcoin in 2009.

The history of Bitcoin began when Craig Wright, under the pseudonym “Satoshi Nakamoto,” released a whitepaper titled “Bitcoin: A Peer to Peer Electronic Cash System.” This whitepaper detailed his vision for a distributed electronic payment system that would rely on trust to maintain its ledgers.

As Bitcoin began its use and mining, the developer community under it began to debate on the merits of scaling the blockchain to bigger blocks versus staying with the original 1MB-sized blocks. Arguments for the larger blocks cited that on-chain scaling was more in line with Nakamoto’s original ideas. The opposing camp preferred the small block size for better off-chain transaction processing. The entirety of this conflict is best known as the “Scaling Battles.”

The Bitcoin project under the ticker symbol BTC forked off from the original Bitcoin Protocol on Aug. 1, 2017, prompted by a code change known as “Segregated Witness” or SegWit. This controversial move got rid of Bitcoin’s tracing capabilities, allowing the use of off-chain exchange solutions which permitted users to transact without leaving an audit trail.

In response to the fork caused by the SegWit implementation, BCH emerged as a new ticker symbol. This new currency, known as Bitcoin Cash, aimed to support a Bitcoin version that more closely adhered to the whitepaper’s original design for the currency, leading to an increased block size of 32MB.

The “Hash War” began within BCH’s community, this time debating over the speed of the scaling and the introduction of other changes. This group, led by the Bitcoin ABC implementation, was adamant about moving away from the original Bitcoin Protocol to create a more anonymous system. This led to the introduction of significant code changes on Nov. 15, 2018, leading to the creation of a new fork known as “Bitcoin SV” or BSV.

The SV in Bitcoin SV stands for “Satoshi’s Vision,” as the proponents of the system sought to return to the original Bitcoin Protocol and enact Satoshi’s original design for the currency. The date of the fork itself is recognized as Bitcoin Independence Day in commemoration of this vital move.

In the background of both the Scaling Battles and Hash War, the community was undertaking the fight to enact Satoshi’s Vision. Arguments of all kinds regarding the original Bitcoin Protocol waged on until Bitcoin SV was established, putting an end to the Protocol Wars.

Following the Hash War were the Application Wars that pushed developers to find the superior blockchain for powering various applications. The triumph of Bitcoin SV proved its superiority as a base for on-chain applications. Currently, the developer ecosystem is working to build the best blockchain use cases. The resulting efforts are proving that these are best built upon BSV’s blockchain.

In February 2020, a critical update for the Bitcoin SV network was released to restore the Bitcoin Protocol and stabilize it for developers and enterprises to build on it. Known as the Genesis Upgrade, this release has ensured the currency’s potential for unbounded scaling in the future. It also re-enabled Bitcoin’s original script language to make development for on-chain applications much easier.

Dedication to the original Bitcoin Protocol allows Bitcoin SV to provide long-term stability and maintain its legality while remaining innovative. With these critical changes, it is clear that Bitcoin SV is poised to increase its adoption for both the general public and enterprises on a global scale.

How to Invest In the Stock Market Without a Broker

Why You Should Use A Company Formation Agent

Benefits of Paying and Receiving Business Payments Through Invoice

How To Hire A Blockchain Consultant?