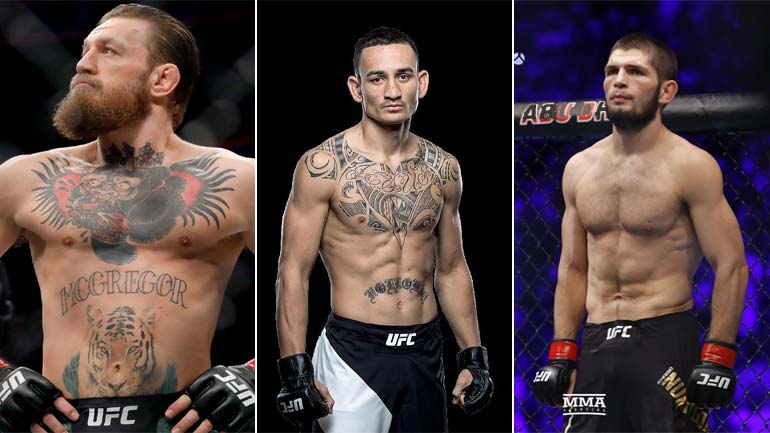 Mixed martial arts (MMA) is a sport including various combat sports techniques like boxing, wrestling, judo, etc. Many people are seemingly taking an interest in watching MMA. It has been around for more than 20 years, and it already owns some of the best fighters the world has witnessed. With the immense growth of fans, MMA also serves as a source of entertainment. Of course, it is an endless topic among MMA fans who are the best fighters. Here is a list of the top 5 MMA fighters in 2021.

Conor McGregor is an Irish mixed martial artist who has millions of fans. He is one of the most successful and best MMA fighters in the history of UFC. His fights and victories make him an eminent fighter. He has achieved a win for 21 matches out of 25 matches. He defeated Jose Aldo at UFC 194, achieving the quickest victory in thirteen seconds only. His fight in UFC 229 has the most views and one of the biggest fights in history.

Khabib is a Russian fighter with an enormous fandom. Most popularly known as Khabib “The Eagle” Nurmagomedev. Khabib is well known for being the first Muslim to win the UFC championship. He has a total count of 29 matches and has won all of them. According to First Matrix, he is ranked first as a lightweight of all time. He defeated the best fighters, including Pat Healy and Edson Barboza. Despite being a controversial fighter, his exceptional fighting skills make him a great competitor.

Dustin Poirier is an American MMA fighter holding a record of 27 wins out of 34 matches. He is another well-known name in MMA records. He is ranked first in lightweight and sixth in UFC’s men’s pound for pound rankings as of June 23, 2021. It is known that he had trained under retired MMA fighter Tim Credeur. MMA fans are eagerly waiting for this MMA fights Brisbane, where Poirier will face McGregor.

Amanda Nunes is one of the Brazilian mixed martial artists and an important icon in MMA. The list wouldn’t complete without mentioning her as she is regarded and respected as the greatest woman MMA fighter. She is the first and only fighter in the history of UFC to guard two titles. She is ranked first for Woman’s pound for pound rankings. She holds a record of a total of 21 wins out of 25 matches. She is a black belt in Brazilian Jiu-jitsu and a brown belt in Judo as well.

There are many matches around the corner, and MMA seems to be getting better and better as hardcover fans await their favorite artists’ fights.

5 Pros and Cons Of Learning Taekwondo for Children

4 Factors to Consider When Buying a Basketball Jersey