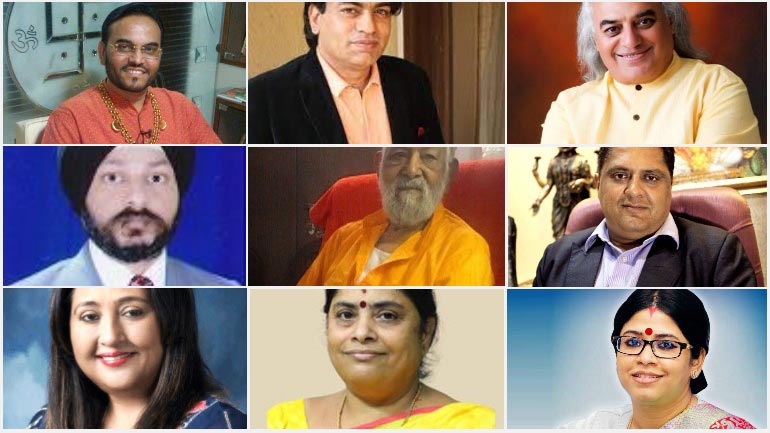 India is renowned for its ancient Vedic teachings, and these are followed even today. Astrology happens to be a teaching that has been passed from the ‘gurus’ to their ‘shishya’ through the ages. A very complicated art/science that requires immense hard work studying the planets and their movement.

Indian astrology predictions have stood the test of times and are now even being practiced in other countries. However, the best Vedic Astrology in India is still in question. This art has an ever-increasing following. As is evident from the increasing popularity, the number of astrologists has also increased. It has almost become an industry with more emphasis on commercial profits. However, there are only a select few in India who can be relied upon to give authentic information and predictions. Some of the Best Vedic Astrologers in India are enumerated below.

Pandit Ajay Bhambi – One of the most authentic and knowledgeable astrologers in India, he is famous for his predictions. He is a known TV personality and provides logical and comprehensible solutions to queries. He has a large number of followers, be it the common man or the celebrities. He has also written a number of books and was a lawyer before entering the world of astrology big way.

Prem Kumar Sharma – A very popular and knowledgeable astrologer, is following a family tradition. He has studied the subject in-depth, and it shows in his writings and discourses as well as interactions. His predictions in leading national dailies earned him a big army of followers. His forte includes astronomy, numerology, gemology, and astrology.

Priyanka Mittal, Vedic Astrologer – A gifted, noted, and knowledgeable astrologer with more than 15 years of experience who gives importance to Vedic Astrology as well as logic and practicality, Priyanka’s divine and intuitive knowledge, vision, and predictions set her apart from the rest. Listed among the best Vedic astrologers in Chandigarh, Priyanka Mittal is known for the best Vedic astrology in India due to her expertise in counseling and accurate future predictions concerning marriage, divorce, love life to psychological problems, career to business, and Dosha removal to family issues. Her popularity is solely not just due to her intellect, experience, and divination but also because of her humility towards mankind and affinity with empathy. Her contribution to this domain has garnered her immense respect and a top position among the best Vedic astrologers in India.

Anupam V Kapil – Anupam Kapil is a numerologist and a palmist as also the author of the best seller Numerology Made Easy. He is consulted by many celebrities and writes for leading Indian dailies. His predictions on Radio Mirchi are widely followed. He has degrees in Journalism, MBA, and Law.

Sanjay B Jumaani – Following in his father’s footsteps, he is a renowned Indian Numerologist. He writes for leading Indian dailies and also appears on the TV. He is regularly consulted by famous personalities in the cinema world as well as cricketers, politicians, and businessmen.

N. Rao – He was introduced to Vedic astrology by his mother and gained an immense following because of his predictions. He is the author of various books and has a Master’s Degree in English Literature. He also taught English for some time. He has also initiated the Vedic Astrology course in Bhartiya Vidya Bhawan, New Delhi.

Sundeep Kochar – Considered among the best speakers in the world of astrology, he is also a very successful and effective astrologer. He has many followers and has given some very accurate predictions. His show on Zee TV has been very popular internationally also.

Swetta Jumaani – The daughter of eminent Numerologist Bansilal M Jumaani, she has been guided by her father and is regarded as one of the best numerologists in the country. She has written for leading Indian publications and has also appeared on television and radio programs. Starting off as a hobby in her childhood, she developed a great interest in this field that led to this becoming a profession, thus carrying on the family tradition. She has also been a guest columnist for various magazines and newspapers both nationally and internationally.

Sohini Sastri – An astrologer of international acclaim, she has a high-profile client list. She has also been awarded the Indian Achievers Award in the field of astrology and many other awards. She has expertise in Vedic astrology, palmistry, numerology, and Vaastu Shastra.

A.S. Kalra – A well-known astrologer, he also has a doctorate in astrology and a Master’s Degree in Computer Sciences. He has developed his own software in astrology.

Vijayalakshmi Krishnan – is known to be among the best Vedic astrologers in India with more than two decades of experience in Vedic Astrology. She is also an expert in Numerology, Medical Astrology, Gemology, Karmic Astrology, and K.P.

Astrology could be a study for some, science for most, and art for a few. Nevertheless, it would be best to consult only the best Vedic astrology in India and those who have devoted their time, mind, and energy to the astrological realms. It is only due to their inclination and years of dedication in this sphere, they are, today, able to accurately give your life a positive direction.

What Does the Bible Say About Saving and Giving Money?

How Can You Know What Will Happen In Your Future?

What Do You Need To Know About Planning A Funeral?